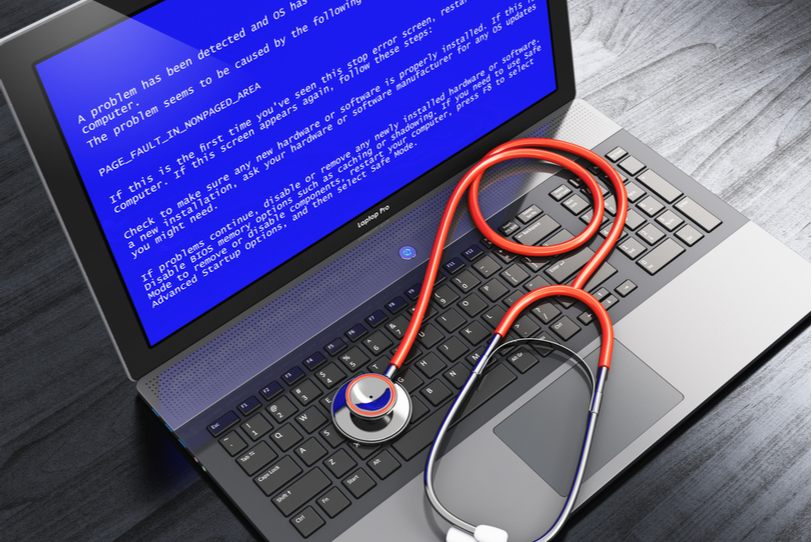 Errors are a part of any system as they might occur anytime and anywhere due to any uncertain reason. There are numerous types of errors that can occur in your device. For Windows, the errors such as Blue Screen of Death, Black Screen of Death, Red Screen of Death, etc. are commonly and generally called as “stop errors.” These errors basically occur in the Microsoft Windows system and can result in system crashes.

What is “Blue Screen of Death?”

Well, the title says it all. The Blue Screen of Death or BSOD which is commonly known as Blue Screen or stop screen is an error message that appears on the screen of the Microsoft Windows computer system. Blue Screen of Death occurs due to failure of system, fatal system errors or all together known as system crash during which the windows system can not be used properly and safely.

When the Microsoft Windows operating system faces any fatal error which causes a system crash, the Windows automatically restarts or gives you an option of troubleshooting.

The Blue Screen of Death in Microsoft Windows 10 appears in a white print text message with a sad emotion and troubleshooting QR code.

Sometimes the lost data can be retrieved from the trash file with the help of certain steps and methods if the data is already saved in the hard-disk, but if it’s not already saved, then your data might get permanently deleted.

To check the memory content and to identify or recognize the source or sole cause of the problem, debuggers can be used.

What causes the blue screen of Death?

Blue Screen of Death can be occurred due to several reasons related to the operating system.

Some of the related and common main reasons or causes for Blue Screen of Death are:

Fixes for Blue Screen of Death

Fixing the blue screen of death is caused by software errors

Most of the common reasons for the blue screen of death is usually due to software programming errors.

After checking out all the software program for errors, but still, the problem is not solved then go for hardware. In most cases, hardware’s are not the cause behind the Blue Screen.

If the hardware you are using is old and outdated, not working, then the best option is to replace it. Hardware devices might be costly, but it’s an effective remedy in most of the system crashes and even for Blue Screen of Death.

Even after following all the steps in your troubleshooting list, don’t try anything else if you do not have much knowledge about it as it will mess up with your system programs. Don’t take any rash steps in a hurry. If you are not able to fix MN, then it’s better to ask the help of experts for a better and reliable solution.